FRAGMENTS OF WAR – PICTURES FROM UKRAINE

The exhibition FRAGMENTS OF WAR – PICTURES FROM UKRAINE shows the photographs of Johanna-Maria Fritz, Helena Lea Manhartsberger and Laila Sieber. The three photographers made their way to Ukraine at the beginning of the war. They wanted to be there themselves and capture the incomprehensible in pictures: a war of aggression in Europe, an attack on democracy.

In their pictures, they capture fragments of this unbelievable attack: they show the individual fates of those affected and provide insights into their current living environment. Their focus is on showing the very personal experiences and individual fates of those portrayed, as well as snapshots of the last few weeks and months – exemplary for so many tragic stories of suffering and facets of this war.

The Ostkreuz photographer Johanna-Maria Fritz was unfiltered and close to the people for her series A grave in the Garden. She was there when Bucha’s war crimes became visible, she saw and documented the destruction in Kyiv and Irpin, saw the horror on the streets, the destruction of the war. Her pictures are moving testimonies to the current tragedy. She says about how the photographs were taken: „One day after the liberation, we were almost the first journalists to visit the place in Bucha. People were happy about the end of the occupation, but the wounds of war were still everywhere. Only after the liberation did the residents of Bucha understand the real extent of the terror.”

The series Where you can hear the silence by Helena Lea Manhartsberger and Laila Sieber is a sensitive portrait of the first days of the war away from the front line. The two photographers started their journey to western Ukraine together. They met people there who dealt with the new reality in very different ways. Some prepared to flee the country, others to defend their homes and stay. The complexity of the war becomes visible in the confrontation with individual fates. About their series they say: „The silence that can be heard sometimes gets quieter when there is loud laughter in conversation. Then she screams again when worry about relatives who are still on the run leaves you speechless. But she is a constant companion in this war.” The two photographers accompany the fugitives to this day – video messages continue to tell the stories in the exhibition. 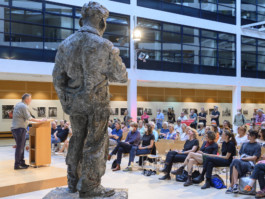 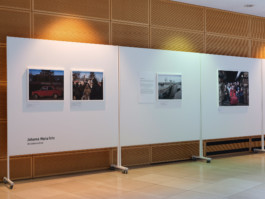 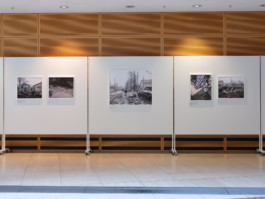 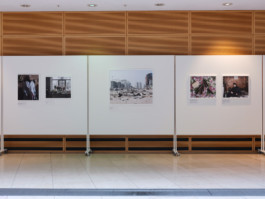 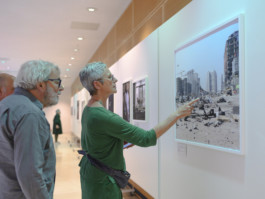 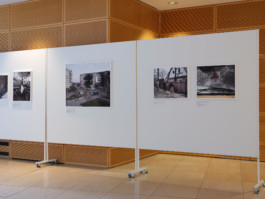 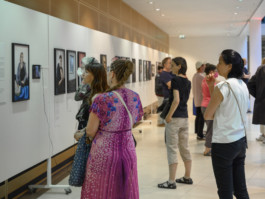 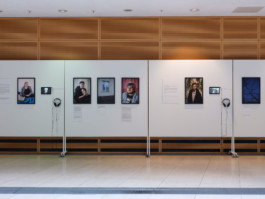 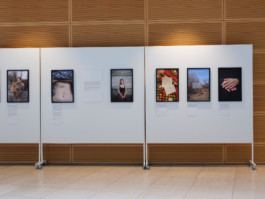 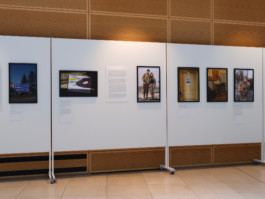 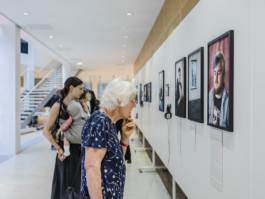 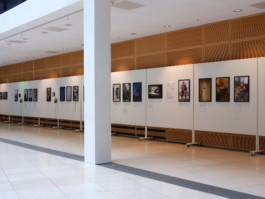